An initial order for 6 vehicles was placed in March 2016 for the Woodley routes for delivery over the summer to re-launch the 13/14 in September 2016. The vehicles became 901-6.

The specification includes wood effect flooring, coat hooks and USB charging sockets at every seat and 4G WiFi. Upstairs there is a sofa area behind the stairwell and a table with tablet computer mounted on, and a wireless charging point.

905 was displayed at Woodley Shopping Centre on 27th September 2016 with orange juice being given away along with the timetable leaflets. The vehicles also featured on the local TV news.

906 was noted on delivery through Heysham Docks on 28th October. 906 was then exhibited at the Bus and Coach Live show at the NEC from 1st to 3rd November 2016 and featured an illuminated front fleet name. 901/2 were modified to include this in March 2017, and 904 in July.

Various demonstrators have also been operated.

SL15 ZGP arrived on 24th August 2015 as part of what was called the "summer bus trials" to assess various vehicle tyes ahead of future orders for Woodley, Royal Blue and Purple 17, entering service 1st September with fleet number 106. It had 74 seats, a glazed staircase and two glazed roof panels, and also had a ticket machine and cash vault fitted to allow use on the 17. It returned to Wrightbus on approx 16th September, but returned for additional stints in November 2015, April 2016 and August 2016. 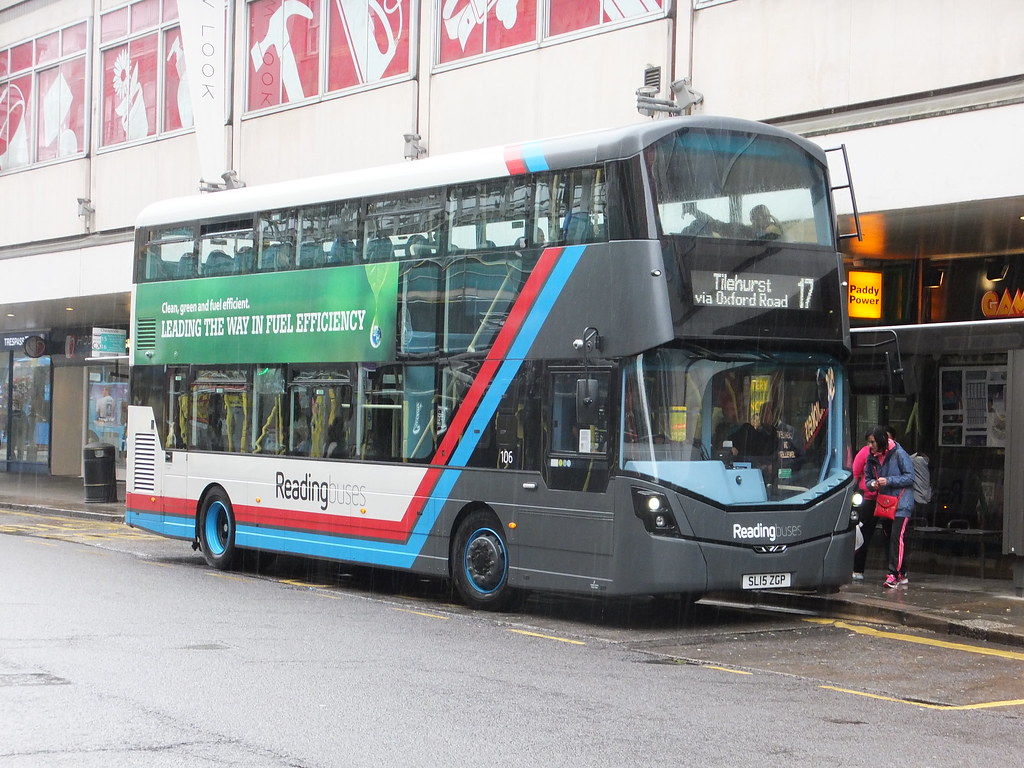 Earlier example SN64 CTU with Wright Eclipse Gemini 3 bodywork was operated between August and November 2016 with fleet number 107. Thanks to James Cusworth for this photo: 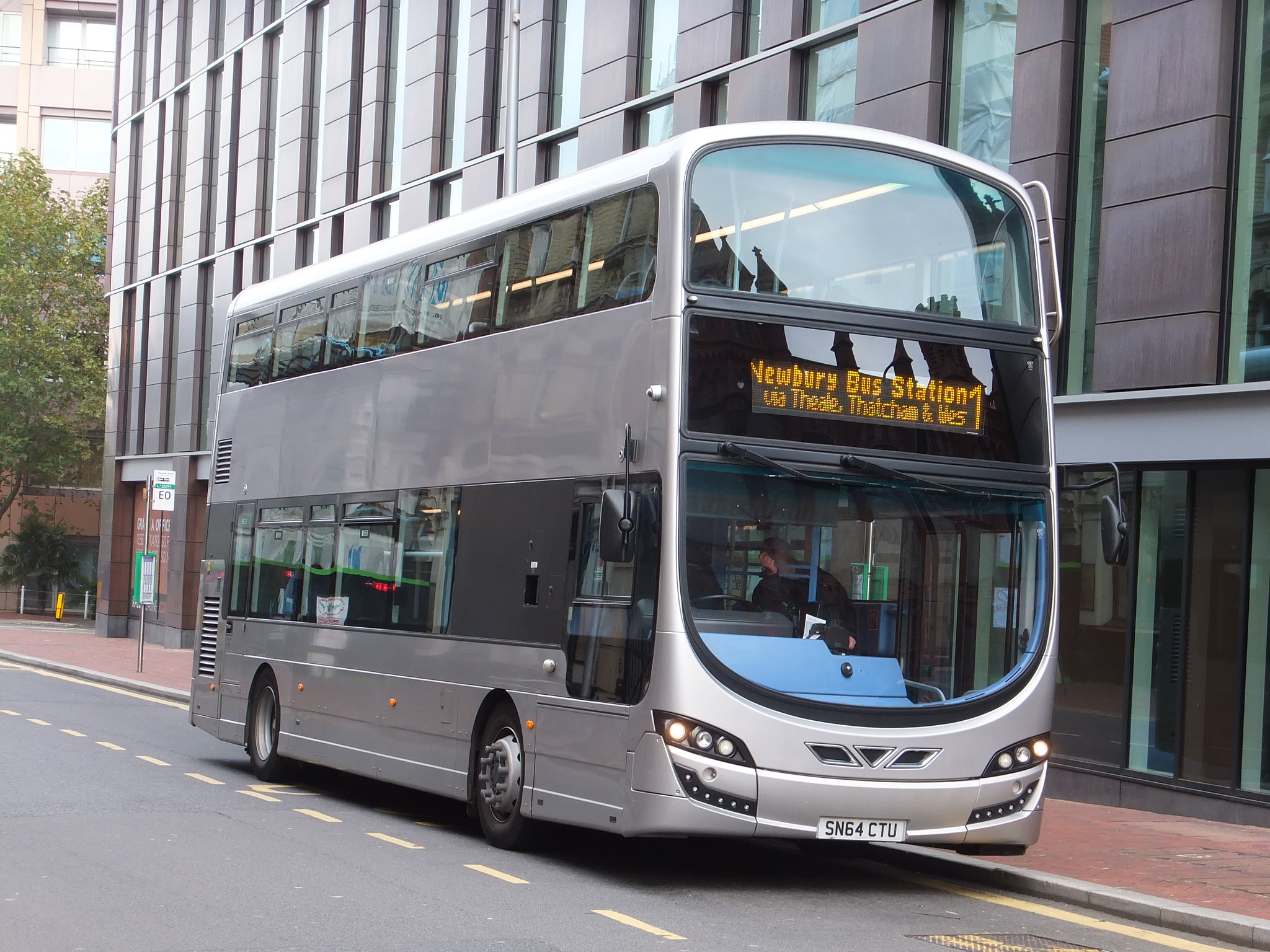 Following the introduction of Green Line 702 in December 2017, various demonstrators were trialled during 2018. SK17 HHC was allocated fleet number 900 for its stay, and is seen below on 21 April 2018: